I received this email question from Nancy and it’s a good one, considering the current and upcoming Chromebook landscape:

“I’ve been thinking about buying a Pixelbook but should I wait or would you still purchase the Pixel Book even after these new detachables come out? Do you see a new improved Pixelbook in the next 6 months?”

I just happen to have been thinking about this very situation although in my case, I already have a Pixelbook. I bought a used one in mint condition a few months ago for $819. Right now you can find the base Pixelbook on sale for $899 at Amazon (affiliate link). So I’ve been wondering about selling the Pixelbook and replacing it with a detachable like the HP Chromebook X2, which is expected to go on sale next month and can be pre-ordered now. 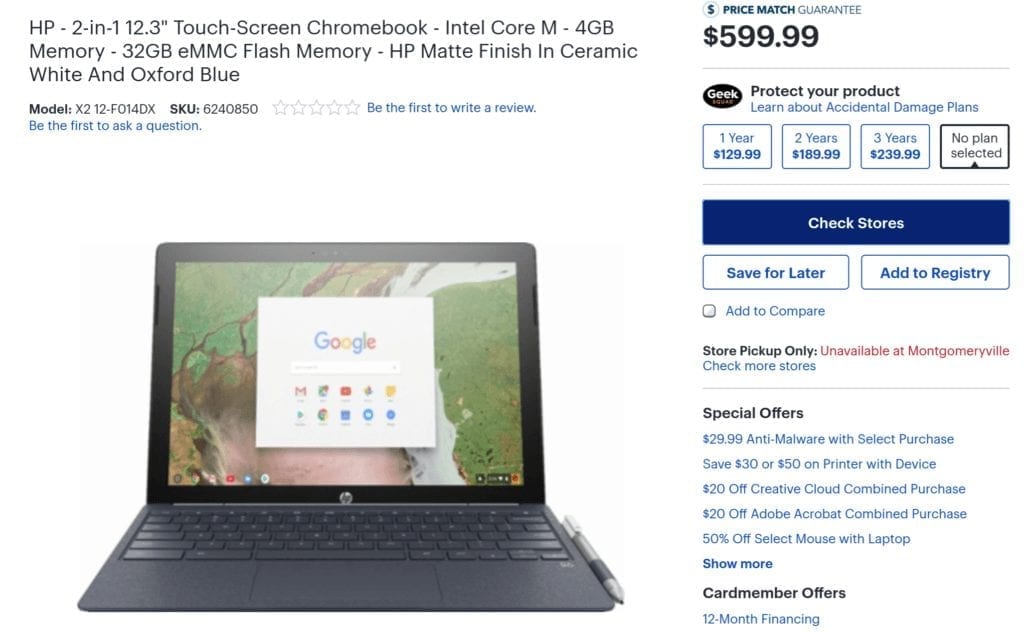 But enough about me. Let’s tackle Nancy’s question. And before I do, let me add a disclosure of sorts: In the 15 years I’ve been covering technology, I’ve always lived by this rule: I don’t tell people what to buy or answer “what’s the best [insert device here]?” question. That’s because we all have different computing requirements and use cases.

Having said that, here are my thoughts.

Fold-over tablet vs. a true tablet

The Pixelbook is currently among the cream of the crop when it comes to Chromebook options. You’ll pay at least $900 for the privilege of having a high-resolution touchscreen paired with a range of high-performing processors, lots of memory and an abundance of storage. Plus, if you’re adventurous, you can test out Linux app containers and other goodies that Google is working on. 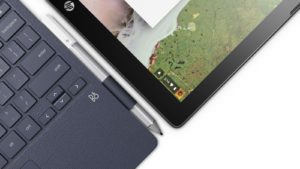 While the Pixelbook display can fold back behind the keyboard for a tablet form factor, it’s not the best tablet experience. For that, you’d want a true detachable screen with all of the computing and power components in the display like the HP Chromebook X2. I say “like” the X2 because there is evidence of additional upcoming detachable Chromebooks, such as the Nocturne and Atlas devices being worked on.

So right off the bat, if you really want a true 2-in-1 device that can be both a solid laptop and a tablet, it may make sense to skip the Pixelbook. Both have touchscreens and run Android apps, but a detachable will likely provide the better tablet experience.

How much power do you need?

Another question to ask yourself is if you need the power of the Pixelbook. I fully expect HP to offer Chromebook X2 configurations that rival those of the Pixelbook but unlike Google’s current Chromebook, you can nab an HP Chromebook X2 with Intel Core m3 processor, 4 GB of memory and 32 GB of storage for $599.

Sure it won’t perform as well as the base Pixelbook but it also costs $300 to $400 less. And for some, this configuration is more than capable; again, it depends on your needs and expectations. I also expect some HP Chromebook X2 configurations with sub-Pixelbook performance but better than the base X2 model in the $650 to $750 range, so those might be options to consider as well.

As far as a “new improved Pixelbook in the next 6 months”, that’s a tougher question to answer. Keep in mind that Google release its own high-end Chromebooks in the fall of 2013, 2015 and again (with the Pixelbook) in 2017. So it appears to be on a two-year cycle.

However, a detachable Pixelbook would be a new form factor so Google could break that cycle this year. I’m thinking that we do see a new Chromebook from Google this fall: Likely the Atlas detachable with 4K display. But that’s just a guess; I have no solid information on that.

Overall then, I’d say the answer to Nancy’s question actually is a question itself: How important is a true Chrome OS tablet? If not very, then the current Pixelbook is the way I’d go. If you think you’ll spend at least half of the time using a new device as a tablet, then the HP Chromebook X2 is worth the look. Maybe even head to Best Buy on or after June 7 when it should be in stock and get a hands on with the device. 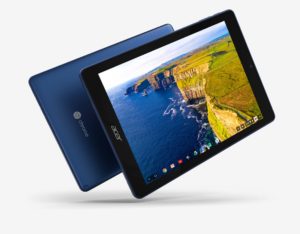 For me, I want a true Chrome OS tablet. I’ve been suggesting that Google make one since I did the Chrome Show podcast back in 2013. Of course, without Android app support back then, it didn’t make sense. Now it does, obviously, since Google’s hardware partners such as Acer and HP have announced these devices.

For the moment though, I’m not going to rush out and swap my Pixelbook for a tablet just yet. I think I’ll wait for the fall and see if Google does out its own Chrome OS detachable device because I’d rather have a Google Chromebook: That’s where most of the newest experimental features have been appearing lately and I like to live on the edge.

Chime in on the comments with your own perspective to this question. And if, like Nancy, you’ve got a Chromebook question, don’t hesitate to shoot me an email at [email protected].

8 thoughts on “Should you buy a Pixelbook or wait for the HP Chromebook X2?”