Up until today, Project Crostini was our little secret: I’ve been running Linux apps in a container on my Pixelbook for the past several weeks. But now Linux container support is officially official, as announced at Google I/O 2018.

Unfortunately, I missed the actual announcement because I was sharing insights from the main keynote on This Week in Google. It doesn’t appear that I missed any new details though: You’ll still need a Pixelbook for Linux apps (for now) and the feature isn’t yet available on the Stable Channel.

One thing I am curious about is a demo image I saw showing the Android emulator running in Android Studio on a Pixelbook. Currently I can’t get that running so I’m not sure if Google had a special Chrome OS build for their demo or not. Google also announced adb support is coming, so you’ll be able to connect an Android device to a Chromebook with a USB cable and push your app in development to an actual phone or tablet for testing. 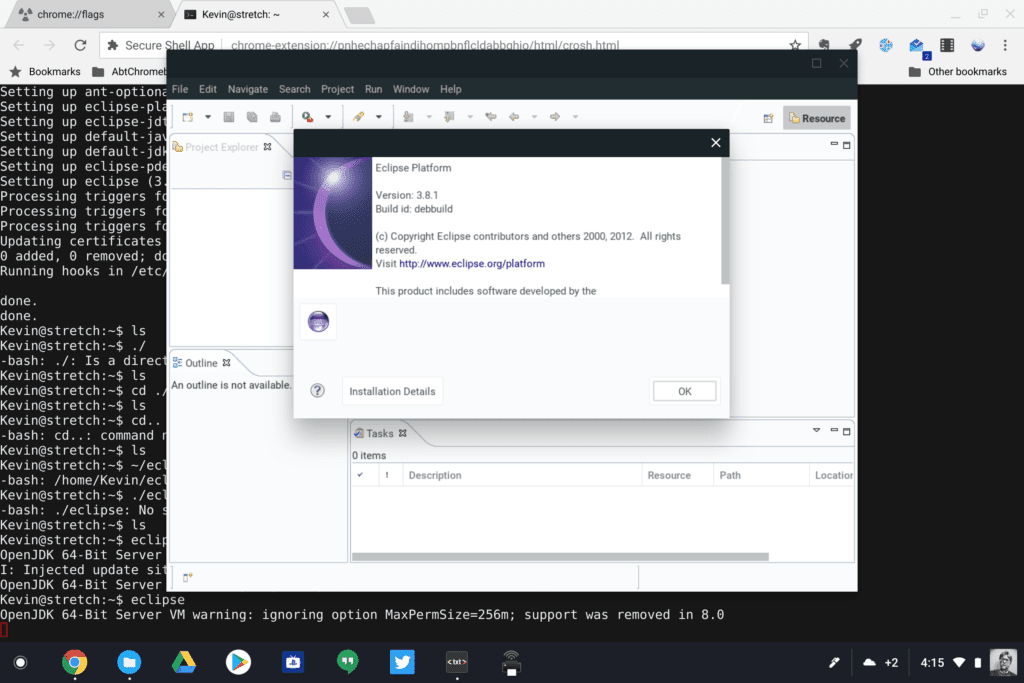 In terms of hardware and software requirements — outside of the Pixelbook — Google’s Kan Liu told ZDNet that about half of the currently available Chromebooks today have the horsepower to support Linux apps. And your Chromebook will have to run on the Linux kernel version 4.4 or higher.

Many Chromebook users won’t likely ever use Linux apps, of course. Between Android apps and a browser, they’re going to be covered. For developers, tinkerers, and even gamers — once GPU acceleration is added, likely later this year — Project Crostini will add tremendous value to the already secure, simple and speedy Chromebook.