We can’t seem to get an upgraded Chromebook X2 from HP in the U.S., but at least there’s another option for those wanting a thin, large Chrome OS laptop: HP announced the Chromebook X360 on Monday with a starting price of $599. The base price gets you the 14-inch 1080p touchscreen Chromebook with an 8th-gen Intel Core i3; other configurations are also available. The new 2-in-1 is available for pre-ordering today and will be shipping and in Best Buy stores starting on October 21. 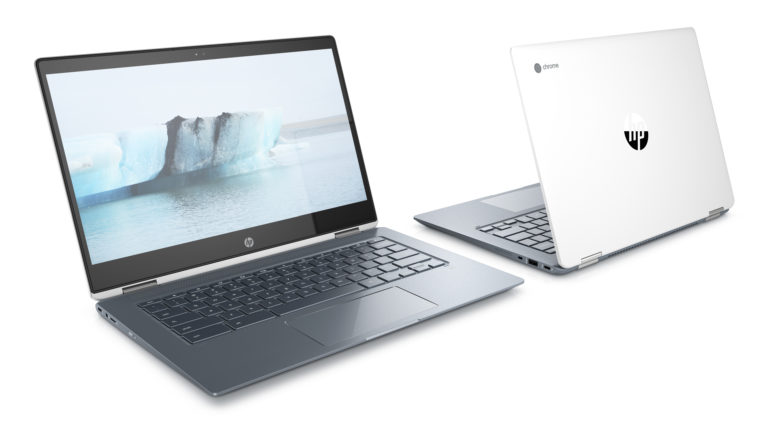 HP is playing a little coy with the details on its press release because it only lists the base model price as of now. HP says a Core i5 option will be available too. Hopefully, the pre-order links go live soon so we can get a better idea of the value proposition here.

Update: The Chromebook X360 product page is live here. Interestingly, the base price of $599 includes 8 GB of memory and 64 GB of storage. As of now, there are no other configurations shown, however.

Like all 2-in-1 devices, you can rotate the screen completely over the back of the device for tablet mode. There is no digital pen option mentioned. The backlit keyboard base is anodized aluminum, helping to bring stability while keeping weight low. Ports include a pair of USB Type-C — one on each side —  one USB Type A 3.1, a microSD port, and headphone/microphone jack. HP says to expect up to 14 hours of run-time on a single charge.

Updated at 2:20pm ET on October 8, 2018 to reflect the product page live on HP’s site and to clarify specs for the base model.