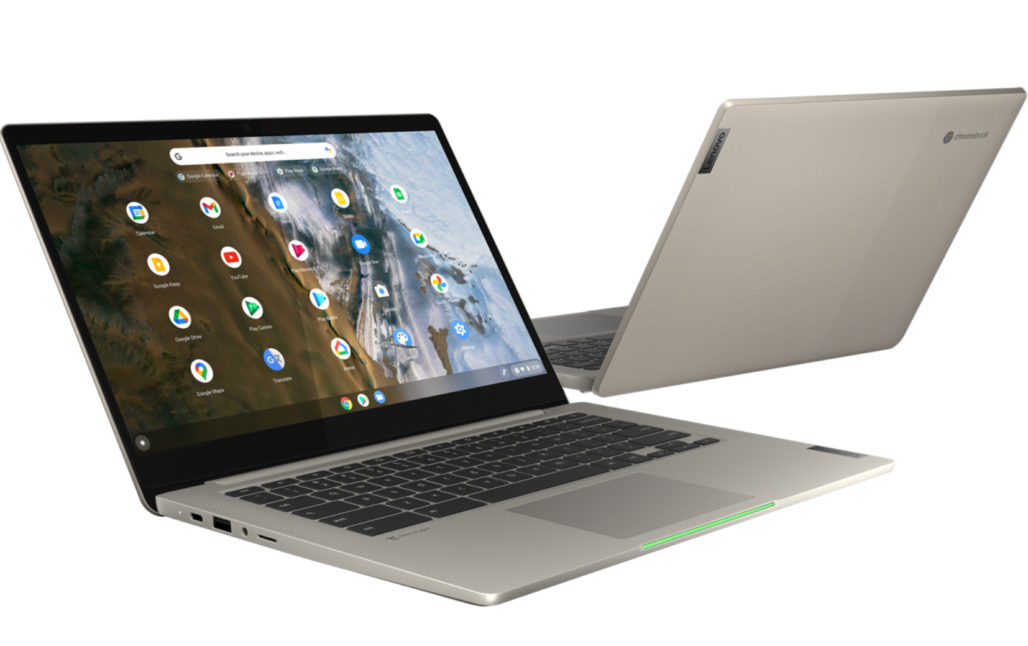 This week at MWC 2021, Lenovo introduced a pair of Chromebook upgrades to its popular mid-range line. The new Lenovo Chromebook 5i and Flex 5i build on the popular formula used for last year’s Lenovo Chromebook Flex 5 with recent processors and a larger-sized option. Pricing begins at a reasonable $439.99 with availability starting this month.

There are two major differences between the Lenovo Chromebook 5i and Flex 5i, so let’s get them out of the way first. By and large, these are very similar machines, save for this pair of unique attributes.

The 5i is a clamshell while the Flex 5i is a fully convertible Chromebook, as you’d guess. However, the two different form factors don’t use the same sized display.

Aside from that, just about everything is the same between the Lenovo Chromebook 5i and Flex 5i.

You’re getting a choice of 11th-generation Intel processors from a Pentium up to a Core i5, either 4 or 8 GB of memory and local storage topping out at 512 GB.

Here’s a rundown of the specs for each:

I almost forgot one other slight difference that’s interesting.

The Lenovo Chromebook 5i has an LED light bar on the front of the chassis. Lenovo says the idea is to instantly show the battery life by color when opening the device: Green is good, amber is so-so and red means find an outlet soon. It’s a nice throwback to the original Chromebook Pixel which had a similar indicator.

While I haven’t had a chance to use either of these devices, I suspect Lenovo has a pair of potentially big sellers on its hands. After all, last year’s model was a super value with its Core i3 configuration starting at $409.99 and often on sale for less.

The sales success may depend on what you get for the base starting prices of $439.99 for either model. I’m not reading into the specs on the base model pricing here; it’s easy to assume you’re getting a Celeron or Pentium for that cost.

I suspect, or maybe hope, that the introductory pricing is more of the mid-level configuration. And if that’s the case, we’ll see more budget-friendly configurations for everyday usage in the near future. Look for the Flex 5i this month with the clamshell 5i model arriving in July.

One thought on “MWC 2021: Lenovo Chromebook 5i and Flex 5i debut, look great on paper”