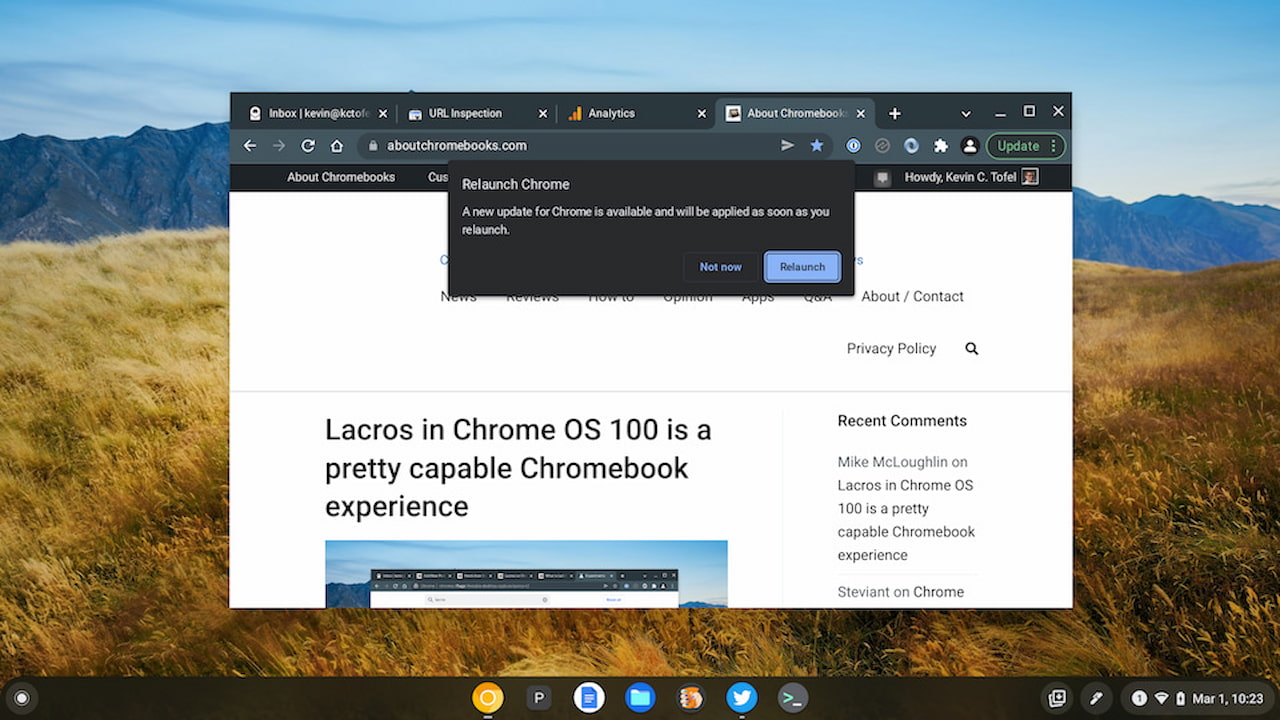 Last week, news made the rounds about a new Google Chrome zero-day bug. Essentially, there is potential for executable code to be injected into your browser. Google Chrome received a patch last week to address this, but Chromebooks had to wait until yesterday. That’s when a Chrome OS 99 Stable Channel update became available. My Chromebook got the Google Chrome update last week though, showing the benefits of the Lacros browser.

For testing, I switched over to the Lacros browser full-time. Technically Lacros is Google Chrome, but it’s not the Chrome OS version of Chrome if that makes sense. Instead, it’s the Linux version of Chrome running on my Chromebook. And if you aren’t aware, Lacros is going to become the default browser on all Chromebooks.

Since Google can quickly patch Chrome for Linux, Mac, and Windows and then push just a small browser update to those platforms, it can implement fixes fast. With Lacros, which again is Google Chrome for Linux, I got my security update as all of the other traditional computer platforms last week. Nearly all Chromebook users are just getting it now.

I realize a few days is simply that: A few days. But when it comes to High or Severe browser exploits, you want a fix as quickly as possible. This particular issue, CVE-2022-1096, is ranked as High and even worse, Google says it “is aware that an exploit for CVE-2022-1096 exists in the wild.

I’m not sharing all of this to scare you, or to say “ha ha, my Chromebook got an update before yours did!” Nor am I suggesting you switch over to test Lacros on a primary device right now.

I’m simply trying to illustrate, using a real-world, current example of what the benefit of Lacros on a Chromebook is. Some readers have reached out saying they’re not fans of switching to the Linux version of Google Chrome.

I get that. Change is challenging.

However, I can say that other than the browser icon and a few features not quite ready yet, Lacros is nearly identical to Chrome on a Chromebook. And instead of waiting for a Chrome OS update to get browser patches, you’ll get them at the same time most other Google Chrome users do.