Kevin C. TofelSeptember 19, 2018September 21, 2018News7 Comments on First look at what appears to be the Pixelbook tablet, aka: Nocturne

I recently discovered two Chrome OS tablet keyboards from Brydge and perhaps more interesting than the keyboards themselves is the image of a Chrome tablet attached to one of them. While this could be a simple render, I believe this is the first image of what I’d call the Pixelbook tablet, also known as Nocturne, which should debut on October 9. 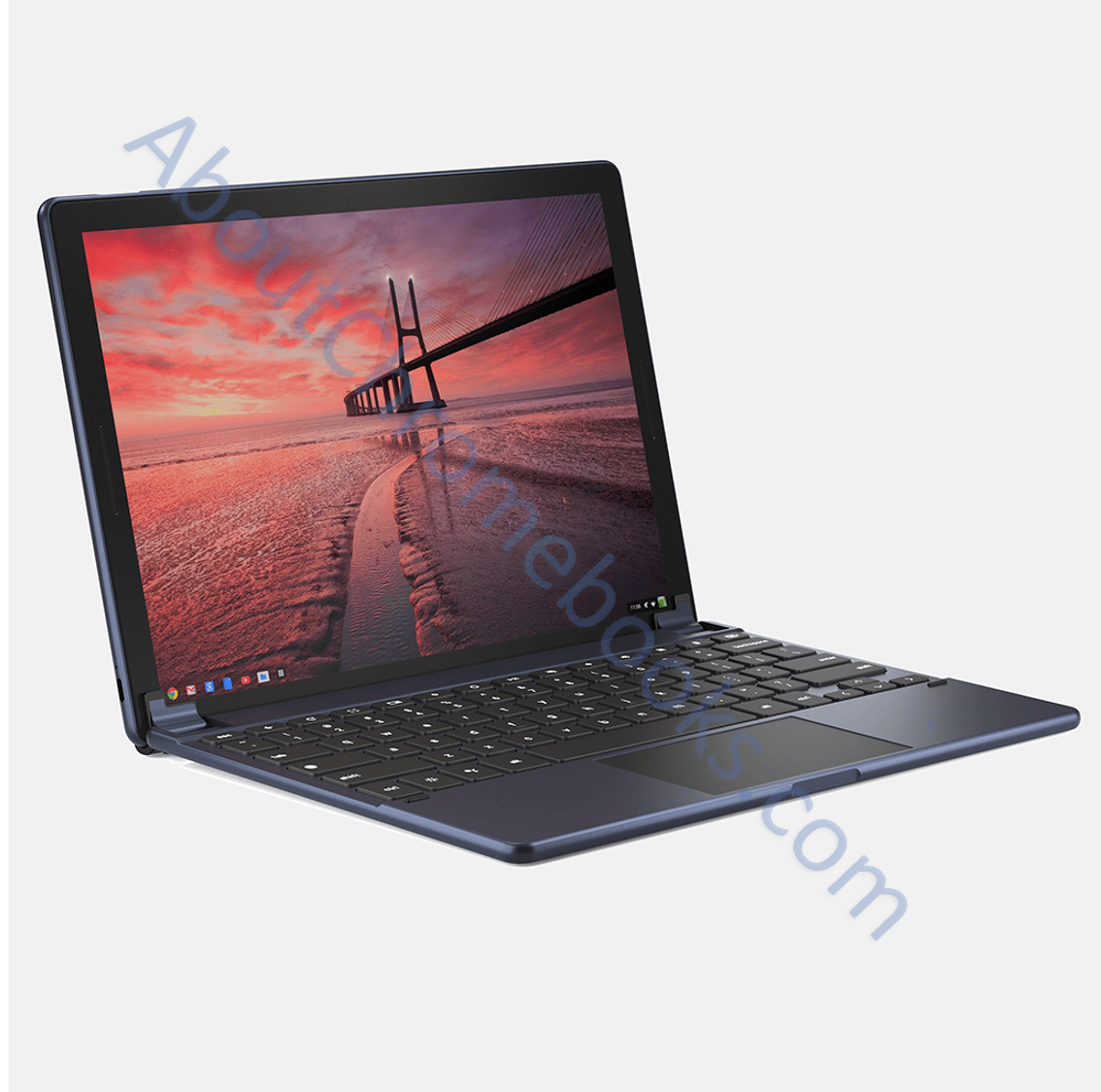 Why do I think that? Take a real close look at the tablet. Aside from the Chrome OS screen rendering, I first thought this was an iPad Pro with rounded corners and a thin design. But the device is shown with Chrome OS, although I’m sure the screen is rendered on the display. Second, you can see what appears to be a USB Type-C port on the bottom left of the tablet. Nocturne will have two USB Type-C ports, likely one on each side.

Dive into the sides of the tablet in the image and you’ll see elongated speakers; it’s easier to see the one the left but if your boost the brightness of your device, you’ll see a duplicate speaker on the right. I don’t know of another tablet that has speakers with such long speaker grilles.

Lastly, let’s take a look at the tablet in the keyboard from above: 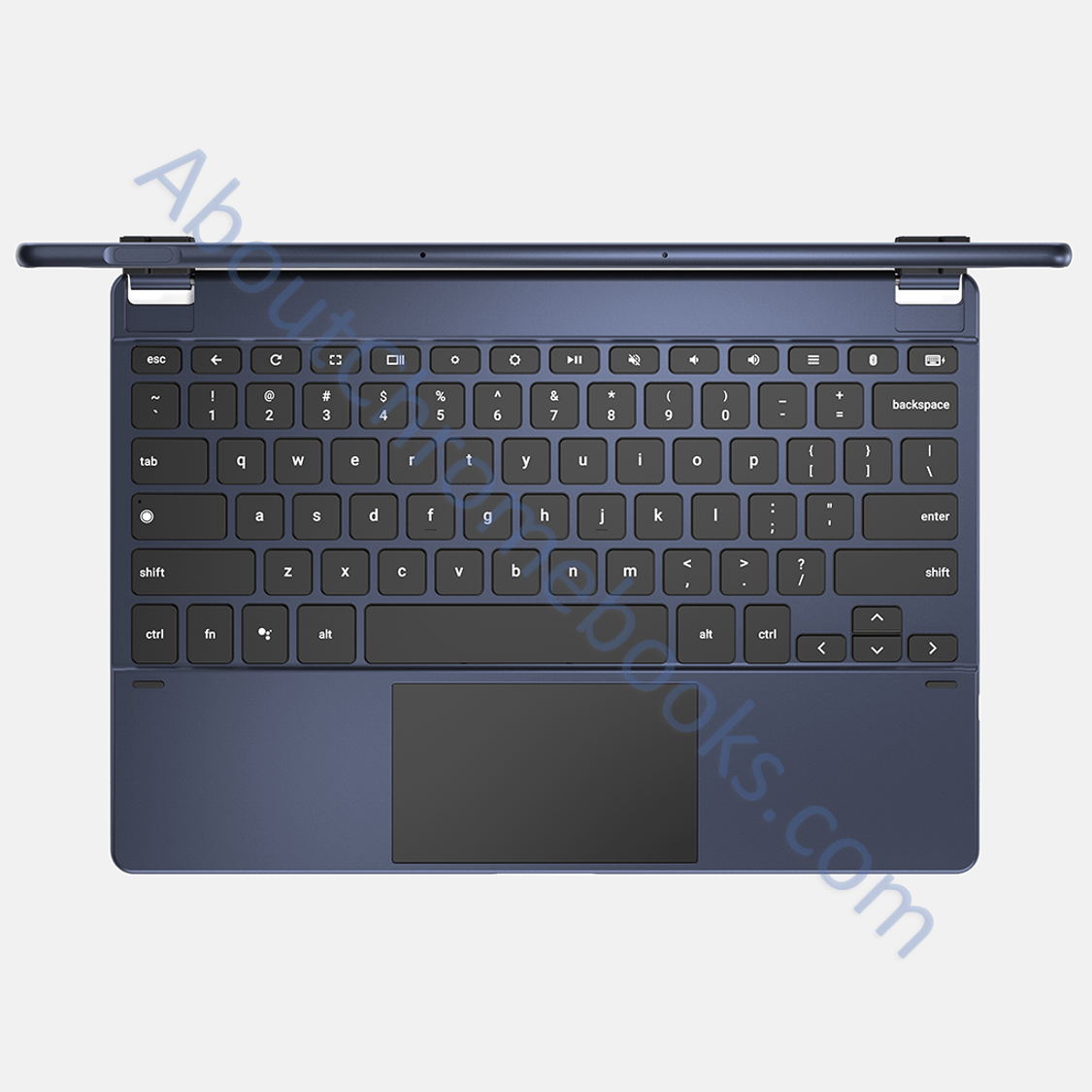 Do you see the same flat power button that I see? Does it remind you of anything? It should. That looks just like the rendering of the fingerprint sensor enrollment image for Chrome OS found by Chrome Unboxed earlier this month: 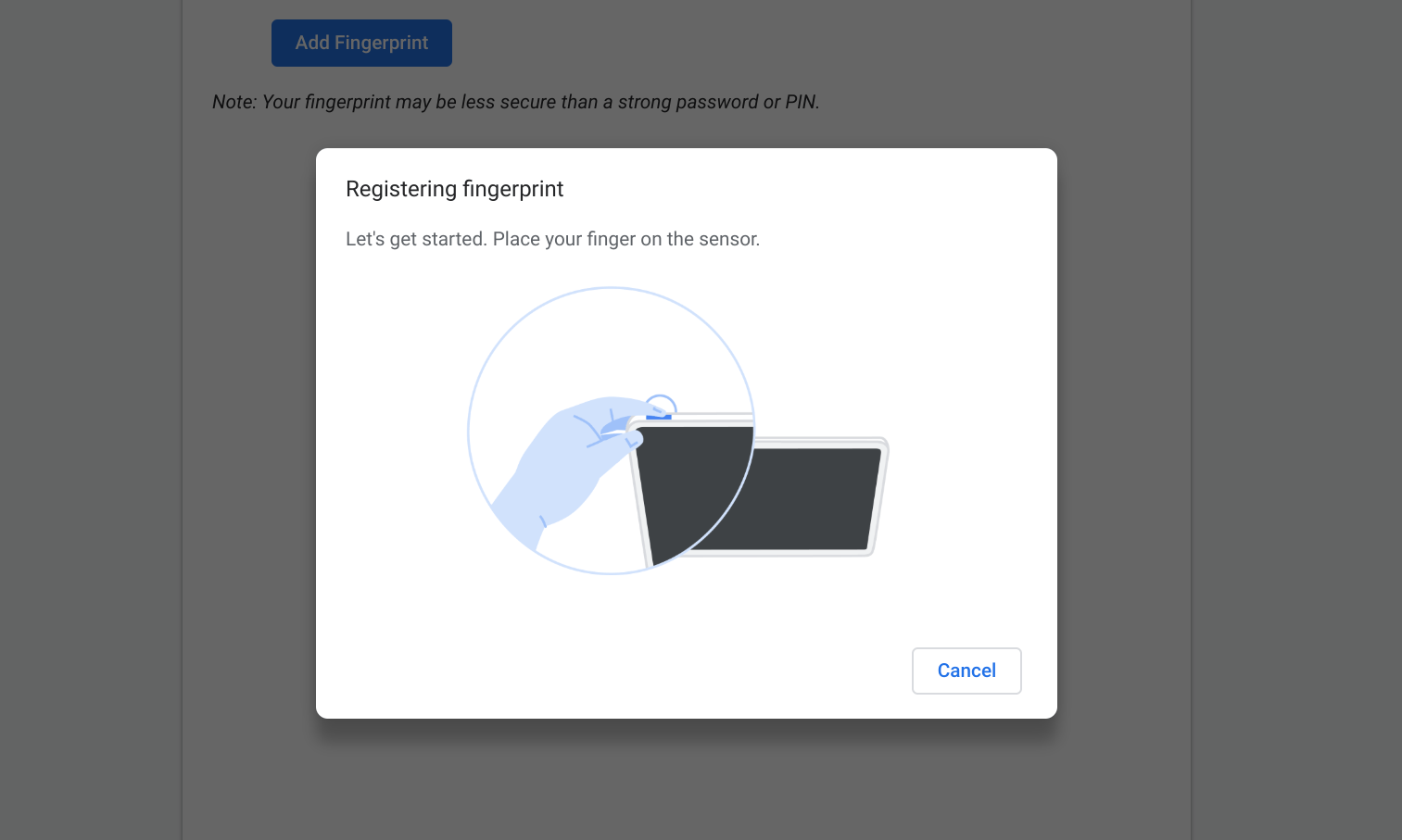 Again, this could be a render. But I don’t think so. I think it’s at least a dummy shell for Nocturne and it debuts in a few weeks as the flagship Google tablet for Chrome OS. The fact that there’s no company logo on the bottom bezel is another indicator that this is a Google device.

Just a reminder, we already know that from early on Nocturne would support a fingerprint sensor. And that it won’t likely have an SD card slot, which I don’t see, although we can only view four of the tablet’s two sides. Nocturne will also have AEC, or acoustic echo cancellation and I do see multiple microphone holes on the above tablet, which would be needed for that feature. I’d expect this device to have fanless 8th-generation Intel processors as well. And Nocturne was first revealed to have pogo pin support. Even though we can’t see them here with this Bluetooth keyboard, I suspect there are pins on the “bottom” of it. That would mean it should work with other keyboards as well.

Of course, if this is Nocturne, I was completely off with the HP Chromebook X2-like device I found earlier this week. Perhaps that’s just a redesigned X2 with LTE, which is also appealing. But I have to say: If the above images are a Pixelbook tablet or PixelTab (who knows?), I’m already leaning towards buying it over any upgraded Chromebook X2.

7 thoughts on “First look at what appears to be the Pixelbook tablet, aka: Nocturne”