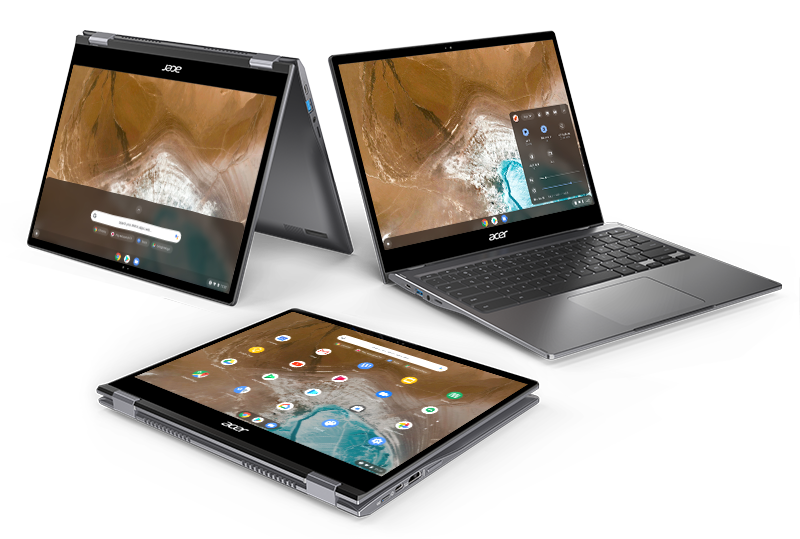 If you’re getting your first Chromebook, it can be a little overwhelming on what to buy. Depending on what you plan to do on your Chromebook, the choices and prices can vary wildly.

And unlike the Apple approach where there are just a few Macbook models and some customization options, Chromebooks are more akin to Microsoft-powered Windows laptops: There are a bunch of brands that make them such as Acer, Asus, Dell, HP, Lenovo, Samsung, and others.

For starters, I highly recommend reading an article I wrote in 2020 about Chromebook options from Amazon. I’m surfacing that article for a very good reason: Amazon lists many old Chromebooks as “new”, “newest” or “2020” models, when in fact, they aren’t.

Some of them are four years old and although based on the prices, they may look like good deals, they generally aren’t. For just a little more money you actually can get the newest or 2020 model of a Chromebook, depending on your budget.

And in case you don’t read that article, the key here is that Google provides automatic Chrome OS software updates for these devices, but only for a specified time frame. And you don’t want to spend money on a laptop that’s going to stop getting those software and security updates in the next year or so, given that new Chromebooks get up to 8 years of such updates.

All new Chromebooks run the Chrome browser, Android apps, and Linux software out of the box these days, although the latter two are options you can choose to enable or ignore.

Your budget will highly determine the power, performance, and features of your Chromebook, so I’ll break this guide down into three budget brackets, highlighting what you should look for and expect from a device in each price range.

Entry level devices for around $300 or less

The lowest budget devices are still very capable for web browsing and web apps, although it will depend on how many browser tabs you plan to have open simultaneously. They will also handle Android apps; just don’t expect to run several at the same time. As far as using Linux apps? I’d have very low expectations here due to limited memory and processing power, although it can be done in a pinch.

Essentially, here’s what I’d look for and expect in this price range:

Here are some of the devices that meet most of the above recommendations for basic browsing and occasional Android use in this price range; click the image to read either my reviews/coverage or to see the current online price. These are some suggestions to get you started:

Once you step up to this price range, you’ll notice big differences, and not just with performance. You’ll see some metal chassis parts, better build quality, higher resolution displays and more. These are ideally suited to handle a good 12 to 20 Chome browser tabs at the same times, can run more intensive Android apps or games and could be used as a solid part-time Linux laptop as well.

Here’s what you can expect to find and should look for in this price range:

Some suggested devices to consider, although there are many options in the $300 to $600 range:

It used to be that there were very few choices in this price bracket; over the past two years, however, that’s changed in a huge way. You can spend $600 or more on a Chromebook from just about all of Google’s hardware partners or from Google itself. These are premium devices with the highest possible performance in a Chromebook that can deal with just about any task you throw at them.

Some expectations and things to look for with premium models include:

A few options to consider in the premium segment:

There are thousands of people who have commented on this site since I started it and many are Chromebook owners as you’d suspect. So take advantage of the community here if you’re buying your first Chromebook: Leave a comment with your budget and how you expect to use the device, or what features you’d like to have. I’m sure seasoned Chromebook owners will offer helpful suggestions and feedback!

Note: Originally posted on July 13, 2020 and has been updated with newer device recommendations

16 thoughts on “Getting your first Chromebook? Here’s a buying guide. (Updated)”